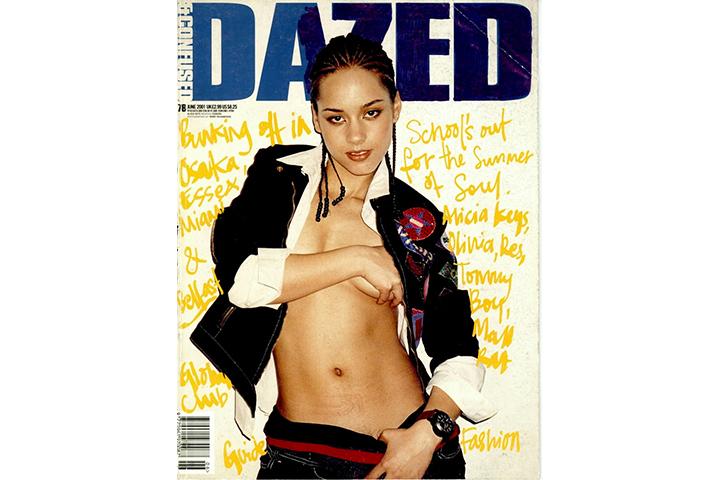 Leave Uncle Terry Alone! There’s a story that is going around that annoys me and it involves Alicia Keys, thanks to her looking for salacious storylines to promote her new memoir I assume no one cares about. It’s Alicia... READ MORE

Nothing smells of oppression worse than retaining a full-time makeup artist to make you look all dolled up, then complaining about being made to look like a doll. READ MORE

Alicia Keys has decided she's no longer going to be shackled with the oppression of makeup. A bold move after fifteen successful years in the music business racking up her first $140 million in earnings. Please say you don't... READ MORE

Alicia Keys Is Pregnant And Topless For Peace

Alicia Keys or someone with more money than its author paid for an op in the New York Times which takes on the controversial view that she is amazing. Pulling every punch, the suck fest explains how Keys’ heart... READ MORE

ALICIA KEYS – will sing the National Anthem at Super Bowl XLVII in New Orleans on February 3rd. Or 4th, or 5th, or whenever it is that Saints fans run out of beer bottles to throw at Roger Goodell... READ MORE

THIS DID NOT WORK AT ALL

The Jack White and Alicia Keys song for the next James Bond movie finally has a video, and it's way way worse than you could have ever imagined.  Jack White is awesome, but Alicia Keys is ridiculously out of... READ MORE

PAULA ABDUL HAS STILL GOT IT

Alicia Keys, Paula Abdul and Jordin Sparks were three of the big performers at last nights Super Bowl, unless you include Tom Petty, whose band took time off from brisk walks around the mall and using their car bumper... READ MORE

Alicia Keys – last night on stage with John Mayer in New York to sing "Gravity" – has the biggest ass I've ever seen.  Honest to god, I think she might be a centaur.  READ MORE

ALICIA KEYS IS HARD TO GET

Alicia Keys says she made her boyfriend wait a year for sex because she is “too beautiful” to give herself to someone she didn’t think was special.  Starpulse says: “I made him wait a year because my body is... READ MORE